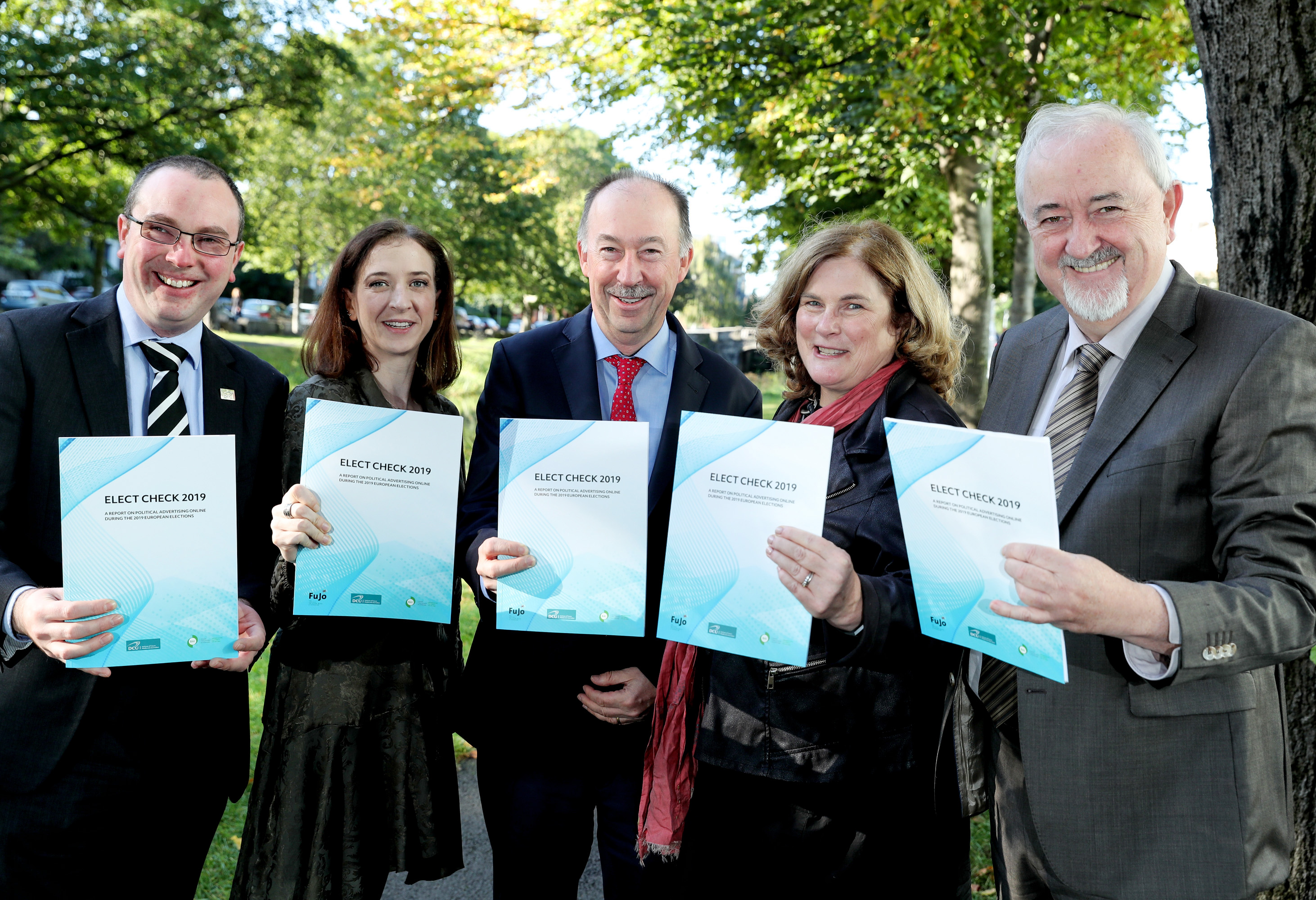 Clear definitions of what constitutes political and issues-based advertising online and the availability of comprehensive and fully accessible databases are required to ensure the transparency of digital political advertising and campaigning. That’s according to ElectCheck 2019, a new research report, commissioned by the Broadcasting Authority of Ireland (BAI) and undertaken by the Institute for Future Media and Journalism (FuJo) at Dublin City University (DCU), which was published today (17.09.19).

The research examined the political advertising activity on Facebook, Twitter and Google during the 2019 European Election campaign in the context of the platforms’ commitments in the self-regulatory Code of Practice on Disinformation to address the spread of online disinformation and fake news. The research was undertaken as part of a wider EU project, designed to assist the European Commission in monitoring the implementation of the commitments in the Code.

As part of the research carried out by FuJo, more than 1,500 political adverts included in ad libraries and datasets provided by Facebook, Twitter and Google were monitored for the presence of the following information: whether the advert was paid for; who paid for it; if it carried a disclaimer stating that it was a political or issues-based advert; information on micro-targeting; and the amount spent for the advert.

The report found that while some information relevant to the research questions could be distilled from the supplied datasets, it was not possible to arrive at a clear, fully comprehensive picture of the nature and scale of political advertising on the three platforms due to inconsistencies in the datasets. It also found that issue-based adverts – those concerned with campaigning issues, such as immigration and the environment, rather than election candidates or parties – were only labelled by Facebook. Neither Twitter nor Google identified issue-based adverts in their datasets.

FuJo Director Jane Suiter said : “Online advertising offers an effective means of reaching target audiences so it is unsurprising that it is now integral to any modern, political campaign. However, the lack of transparency presents significant risks and challenges and could potentially undermine the integrity of the electoral process.

“Our findings indicate that the digital platforms have much room for improvement if they are to comply with their commitments under the Code of Practice on Disinformation.

“FuJo has made a number of recommendations to the Department of the Taoiseach’s ‘Public Consultation on Regulation of Online Political Advertising in Ireland’. These include, the establishment of the Electoral Commission as outlined in the Programme for Partnership Government and recommended by the Interdepartmental Group on the Security of Ireland Electoral Process and Disinformation; second, the establishment of a searchable repository of online political advertising, which includes information about adverts (source, source location, content production, costs) and their distribution (channels, target audience, use of data); and third, enforcing a requirement to include imprints on all online political advertising to indicate who is responsible for creating the material.”

The research for this report is part of a larger project implemented by the European Regulators Group for Audio-visual Media Services (ERGA) at the request of the European Commission. The BAI chairs the ERGA sub-group leading this work and is working with partners nationally to develop and implement the required monitoring methodologies.

Chief executive of the BAI, Michael O’Keeffe said: “The harmful impact of social media communications on democratic debate has been a focus of concern in recent years, particularly around elections and referenda. This report was undertaken as part of a wider EU project to monitor the commitments made by Google, Facebook and Twitter in the self-regulatory Code of Practice on Disinformation to ensure transparent, fair and trustworthy online campaign activities ahead of the European elections in the spring of this year.

“The report indicates that the three platforms actively engaged with their commitments to support electoral transparency. However, it also shows a lack of consistency from platform to platform in how they presented the data and in how political and issues-based advertising was defined. To facilitate effective monitoring of political advertising and ensure full transparency, a clear and consistent regulatory approach is required, and policy-makers and regulators need to be equipped within their remits to respond adequately to the existing and emerging challenges in this regard.”

Note to editors:
• ElectCheck 2019 is available to download here.
• The BAI is a member of two major European audiovisual regulatory bodies and more information can be found here.