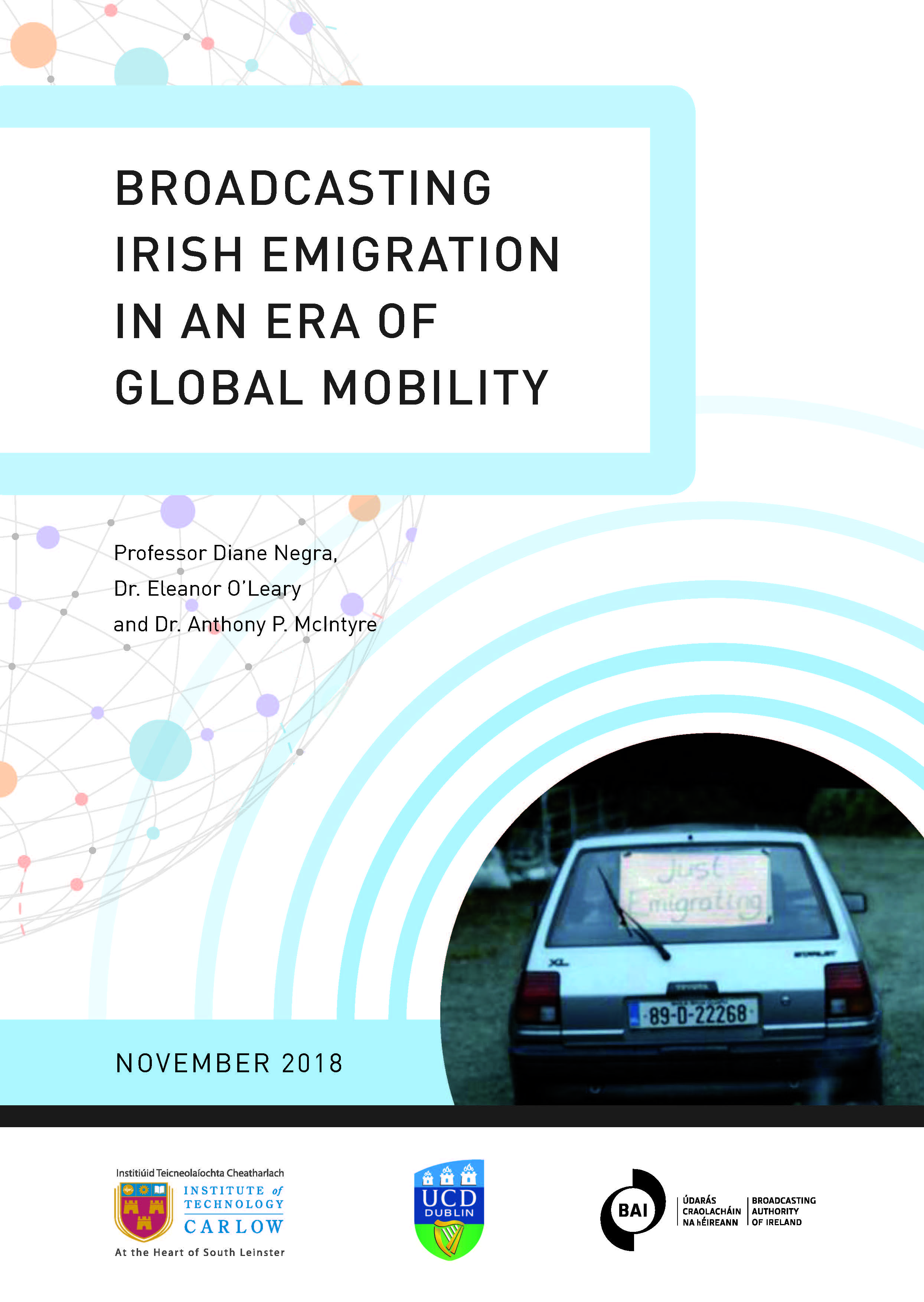 The Broadcasting Authority of Ireland (BAI) has today (06.12.18) welcomed the launch of a joint IT Carlow & UCD research report, titled Broadcasting Irish Emigration In An Era Of Global Mobility, published by Prof. Diane Negra and Dr. Anthony P. McIntyre of UCD, and Dr. Eleanor O’Leary of IT Carlow. The report was funded under the 2016 BAI Media Research Funding Scheme.

Broadcasting Irish Emigration in an Era of Global Mobility highlights how, for a new generation of migrants who left Ireland since the downturn of the economy in 2008, Irish media content, including broadcast television as well as emerging social media formats, has become increasingly essential in maintaining links to family and friends at home and sustaining their sense of Irishness while abroad.

The research found that emigration was largely absent as a subject of television drama, finding its most prominent representation in various non-fiction popular genres. Further, the research highlighted that such programming was almost exclusively focused on the lifestyles of a minority of migrants who had achieved considerable financial success abroad while under–representing average migrant experiences around the world.

Commenting on the launch, Chief Executive of the BAI, Michael O’Keeffe, said: “I would like to congratulate Prof. Negra, Dr. O’Leary and Dr. McIntyre on the publication of the report today. The research topic represents a good fit with the objectives of the Media Research Funding Scheme and we look forward to reviewing the findings and conclusions.”

“The BAI’s Media Research Funding Scheme is aimed at driving high quality research projects in support of the broadcasting regulatory environment in which the BAI operates. The Scheme is one of a number of elements which contribute to the delivery of the BAI’s Strategy, particularly under the themes of communicating and influencing, and enhancing innovation and sectoral sustainability.”

A copy of the report can be found on the BAI website here.