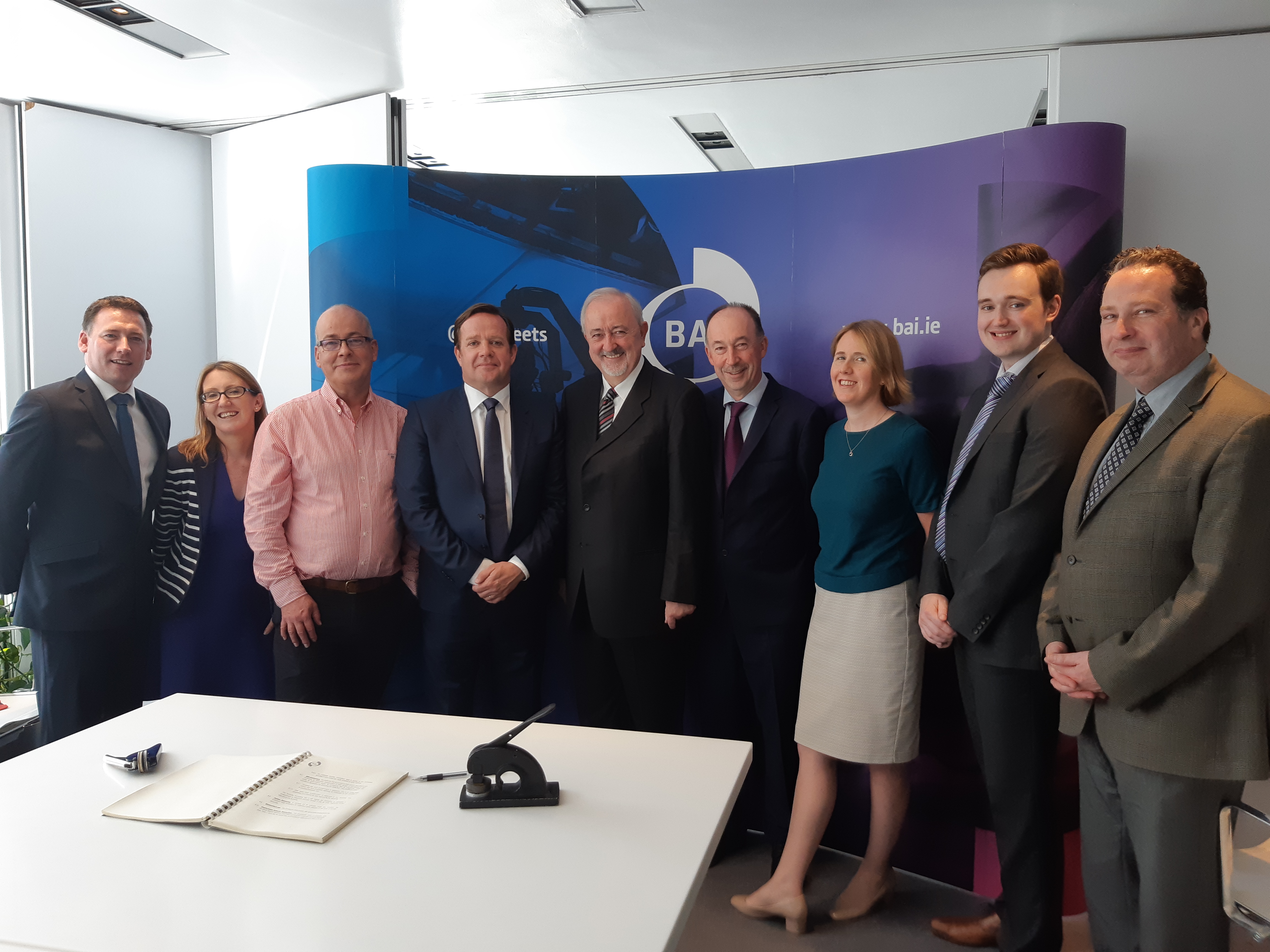 The Broadcasting Authority of Ireland (BAI) has this week announced the signing of broadcasting contracts with Virgin Media Television Limited.

Commenting on the announcement, Professor Pauric Travers, BAI Chairperson, said: “We are delighted to announce the signing of these contracts with Virgin Media Television Limited which assures the continued provision of the free-to-air services of Virgin Media One and Virgin Media Two. These channels are valued services within the Irish media landscape, offering increased choice and diversity for viewers.

The launch of the Virgin Media Sport services will enhance this diversity even further. We wish all services every success in the years ahead.”