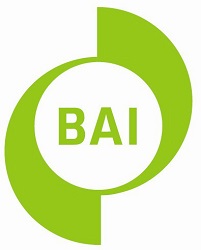 The Audi Dublin International Film Festival 2016 is taking place from the 18th – 28th of February and the BAI is again proud to sponsor the Screentest element of the event. Screentest is a series of workshops which will be of interest to programme makers and anyone interested in a career in broadcasting.

The television production Rebellion, which was part-funded by the BAI, marked the beginning of the 1916 centenary programme from RTÉ. Boasting an all-star cast, it focused on the days surrounded the Rising and various protagonists from different backgrounds, loyalties and ideals. The series weaved fictional characters in amongst more well-known historical characters and made excellent use of multiple and well known locations, such as Dublin Castle, the G.P.O. and Collins’ Barracks.

In this Screentest, series producer, Catherine Magee, as well as some of the key crew will look back on the shoot and discuss the various production stages, including script, casting and scheduling, right through to principal photography and post-delivery, and location shooting during the summer in Dublin’s city centre.

Like it or not, mobile devices are now an integral part of our day to day lives. While some simply long for a time when a mobile was for making and taking calls, the reality is fast becoming Virtual, or even augmented. Google Cardboard, Vlogging, 360° Video, Mojo Journalism and even Filmmaking are now all to the fore in the utilisation of mobile devices and are pushing boundaries on a daily basis.

In this second event, a panel of experts talk through the jargon and how new cutting-edge apps will rapidly become the thing you cannot live without. Attendees will discover how that little device you have been watching funny cat videos on really is an invaluable tool to access a wealth of information. It is said that constant mobile device use is isolating, restricting human contact- this panel aims to discuss how the opposite is true.

With the landscape of broadcast and cinema constantly changing, approaches to classification and content regulation require constant appraisal. In this final Screentest, the panel will take an in-depth look at the various factors that must be applied to both film classification and content regulation for broadcasting. Issues such as classifications on youth-targeted films; depictions of violence on television; or the application of broadcasting codes will be explored and expanded upon. This panel will comprise experts from the Broadcasting Authority of Ireland, the Irish Film Classification Office and from the Media who will discuss the challenges of managing complaints and ensuring adherence to regulations for youth audiences, while maintaining a balance with freedom of choice and expression.

Tickets to the above events as well as the full festival programme is available on the ADIFF website www.diff.ie.