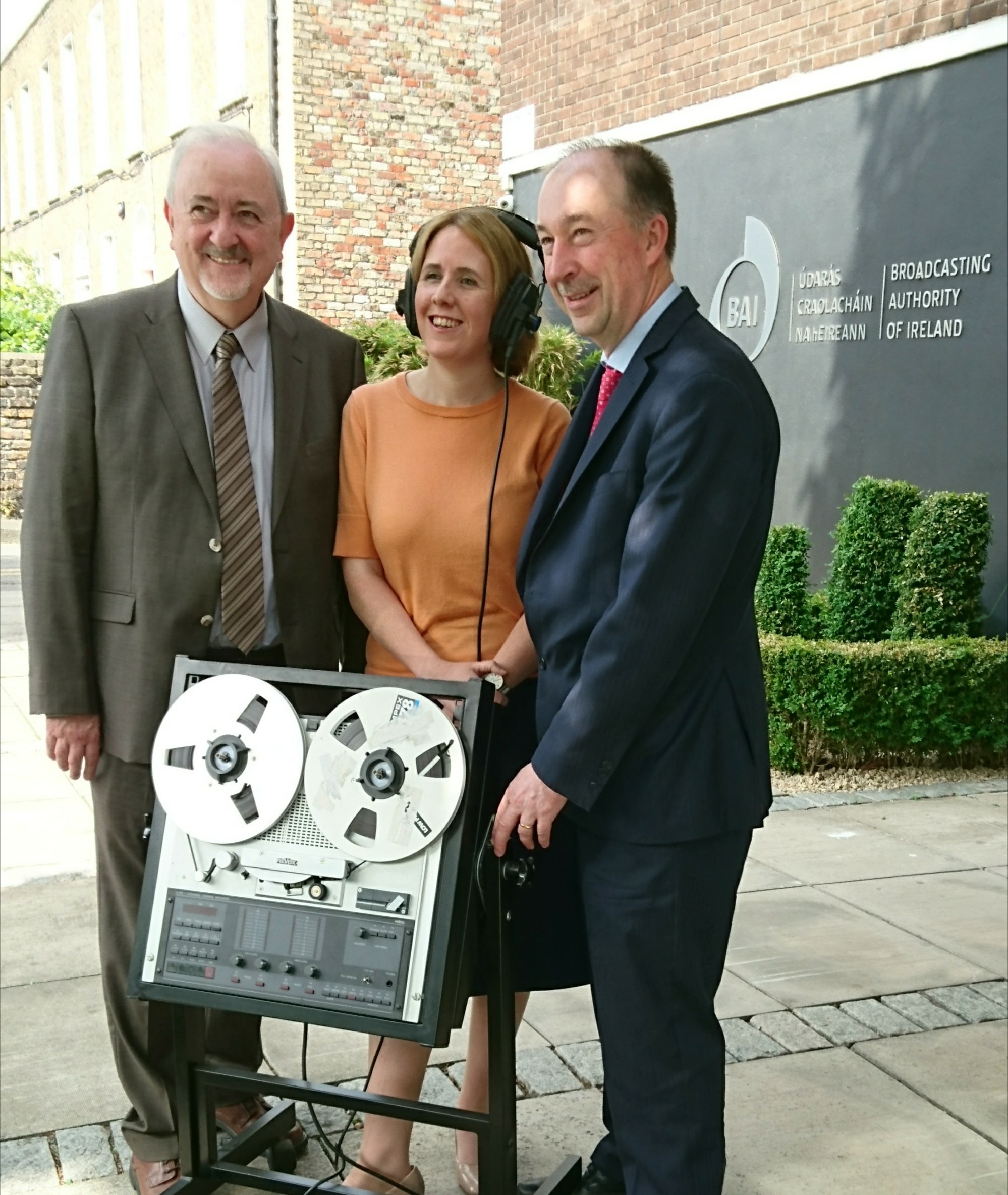 The Broadcasting Authority of Ireland (BAI) has today (07.06.18) announced details of the Archiving Scheme 2, which aims to contribute to the safeguarding of Irish heritage by encouraging the development of an archiving culture in the Irish broadcasting sector.

This is the second iteration of the Archiving Scheme to be launched by the BAI and it will operate until the end of 2022. Under the original Scheme, more than €5m in funding was awarded to 14 successful applicants. Submissions were received from a wide range of applicants, including public, commercial and community broadcasters; advertisers; and persons and institutions capable of carrying out work on archiving material considered to be of value to the State. Successful projects included the provision of funding for TG4 to digitise Irish language news and current affairs programming; for RTÉ to archive TV News Film from 1961-1969; for the Radharc Trust to archive selected programmes from 1964-1972 in high definition; and for the IFI to restore a collection of 200 Irish TV adverts from the 1960s to the 1980s.

Key objectives of Archiving Scheme 2 include the development of an integrated approach to the archiving of programme material; the development of suitable storage processes and formats to encourage and assist in the restoration and/or storage of recorded material; and to provide for fast and accurate access to programme material by interested parties. The BAI will also encourage the development of partnerships between broadcasters, institutions or individuals in possession of relevant material which further the objectives of Archiving Scheme 2.

Commenting, the Chairperson of the BAI, Prof Pauric Travers said: “The BAI is committed to increasing the availability of culturally relevant audio-visual content for Irish audiences. The promotion of archiving resources is one way in which we can fulfil that strategic objective. This scheme is also about protecting Irish heritage, and to this end, special consideration will be given to archiving programme material that preserves a historical record of Irish culture, heritage and experience. This includes programming and film that relates to Irish culture and life; sport; Irish music, drama and entertainment; news, current affairs or documentary; children’s shows, and programming in the Irish language.”

BAI Chief Executive, Michael O’Keeffe, added: “There is now a growing acknowledgement that television and radio programming is just as important in terms of our cultural and social heritage as printed material held by libraries or artefacts found in museums.  The volume of applications received under the first Archiving Scheme shows that Irish broadcasters are themselves acutely aware of the need for measures to safeguard Ireland’s broadcasting heritage.

“Through Archiving Scheme 2 the BAI looks forward to working with broadcasters and others to contribute effectively to the preservation, conservation and restoration of Ireland’s broadcasting heritage for future generations.”